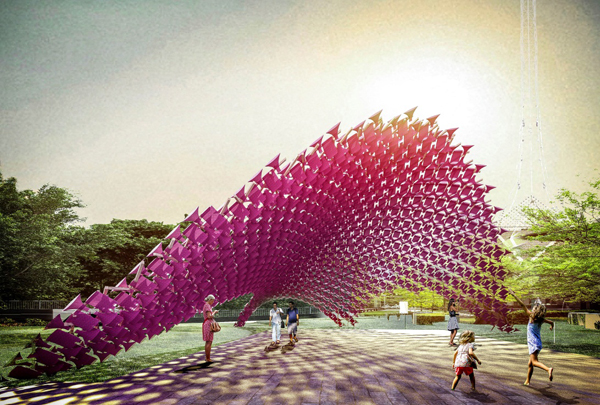 In a move to become an international hub for contemporary design, the

has introduced the Department of Contemporary Design and Architecture. Based in Melbourne, Australia, the NGV is the continent’s largest gallery, housing an extensive collection of works from Europe, Asia, the Americas, and Oceania. The department launch will begin a new era for the gallery and will help it form worldwide relationships within the design industry.


Helming the new department will be Ewan McEoin, who has worked for 20 years in the Australian design world, and Simone LeAmon, who has two decades experience as a visual artist, industrial designer, lecturer, and curator.


“For inspiration, we looked at the strategy of other galleries around the world, such as the Metropolitan Museum of Art in New York City and the Tate Modern in London,” McEoin says. “We have a dedicated staff to help curate the department and we’ll be covering many fields, including design, architecture, and multimedia.”


McEoin says that although the new department will curate pieces from international artists and designers, it will focus heavily on works by Australians.


“Our region isn’t as well represented internationally as we would like it to be,” he says. “There’s a lot of exceptional work going on in Australian right now, especially for a country with a smaller population.”


In 2016, the NGV will open the Design Project Space at its Ian Potter Centre location to house the new department. The space will feature exhibitions, films, and seminars exploring issues in contemporary design and architecture. In addition, the NGV has selected

, a local architecture firm, to create a temporary installation for its outdoor Grollo Equiset garden. The piece is called “I Dips Me Lid,” and it will serve as a space for performances and workshops, bridging the fields of architecture and landscape design. It will open in September.