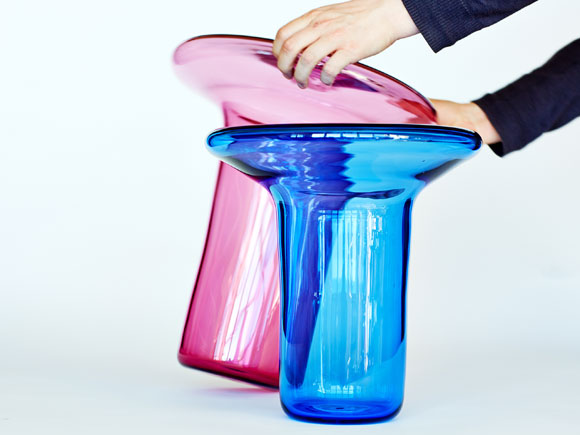 , the charity design organization founded in the wake of last October’s Superstorm Sandy, will host its second furniture exhibit and sale to benefit victims of the storm during New York Design Week. More than 40 pieces from 26 teams, asked to present pieces that demonstrate the collaborative process, will be presented from May 16-18 at 446 Broadway’s third-floor gallery space in Soho. Proceeds from the sale will benefit the

Many designers are participating for the second time, welcoming a chance to explore new disciplines in the name of a good cause. “When I first heard of Reclaim, I immediately thought that it was a great idea because it was not only about Sandy relief but also about strengthening bonds within the creative and design community,” says

’s François Chambard. “This time, the experiment goes much deeper and the initial promise is brought up to its full potential. I am creating new pieces from scratch with

, a Red Hook furniture design company devastated by Sandy. Unable to participate in the first exhibit, Token is now teaming up with

to give back to the community that supported both studios through their recovery with a series of glass and metal vessels. 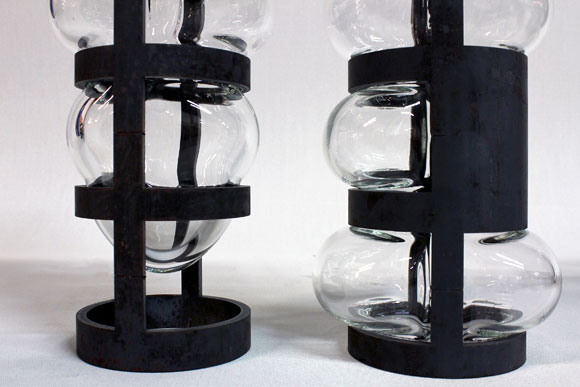 is another of several new additions to the show’s roster. Poly, its collaboration with Brooklyn-based

, is a collection of seven-sided objects that can act as sculptures, bookends, or doorstops. “Our collaboration was driven by our desire to create a series of affordable, beautiful, and functional objects,” says Crystal Ellis, partner, Egg. “The process of designing with another studio has pushed us to experiment with new materials and methods.”

Unlike the first show, which challenged designers to use materials reclaimed from Sandy’s destruction, Reclaim x2 broadens the scope of materials, encouraging designers to work outside of traditional mediums. But some will do both:

, a Brooklyn-based design firm established in September 2012, is presenting its Bubble Chandelier, made of plastic bottles sourced through a partnership with

, a Brooklyn nonprofit that run’s New York’s only homeless-friendly can redemption center.

Souda x Sure We Can