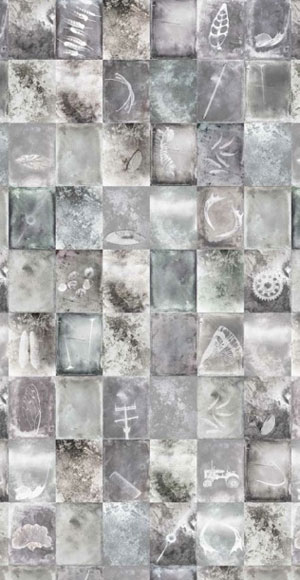 Known for its carefully curated collection of inspiring fashion and housewares,

to offer limited-edition wallpaper. The collection consists of two patterns, Fuoco 001 and Otium 003, printed on a pre-pasted substrate and are available in rolls of 57 square feet sold for $398 each.

Fuoco 001 was inspired by a photograph taken of the Teatro La Fenice, a famous opera house in Venice that was destroyed by a fire in 1836. The photograph was taken after the theater was rebuilt, capturing the audience enjoying a performance. Ironically, translated, La Fenice means “the Phoenix” or “rise from the ashes,” which this theater did until it burned once again in 1996.

Trove’s other design for Anthropologie, Otium 003, features broken pieces of objects, such as umbrellas – drained swimming pools and abandoned eggshells – that have been weaved together to create a unique pattern.

“Anthropologie is such an artistically-aware brand,” says Jee Levin, Trove co-founder and designer. “We’re excited to be included and be able to reach a new group of customers with this collaboration.”


Chris Sotz, Anthropologie’s head merchant for home décor, says, “Trove’s distinct designs are a welcome addition to our growing wallpaper offering. Our customers will appreciate the originality of their designs, as well as their creative patterns.”


From top: Tapping microfiche used in grade school science classes as its inspiration, the Zoolite Fossil Wallpaper (Otium through Trove) features used or now-useless items reassembled to create a patchwork-like design. While the Teatro La Fenice, was rebuilt after it was destroyed by a fire in 1836, it sadly burned down once again in 1996, making Trove design’s Opera House Wallpaper a part of history. 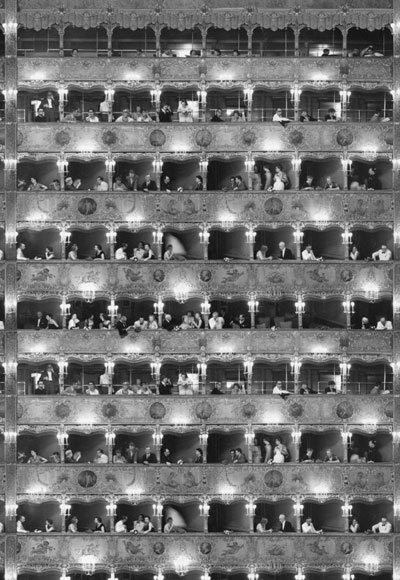