What Exactly is 3-D Printing? 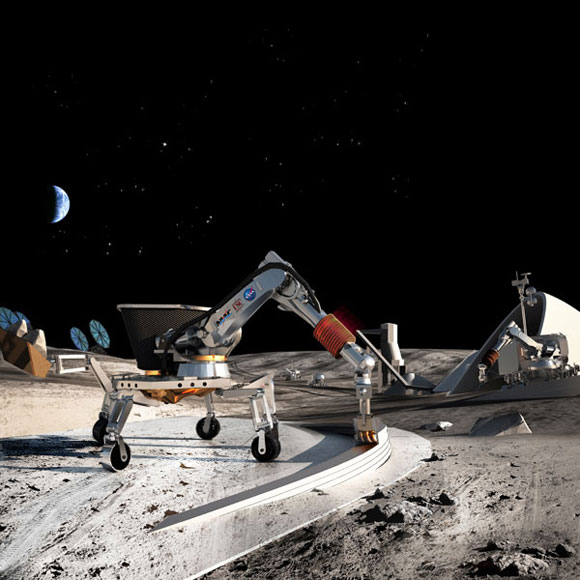 3-D printing is a computer-controlled, digital fabrication process in which thin layers of material are precisely built-up by a machine to create a three-dimensional object, not unlike coil-building a clay pot. A two-dimensional analogy of this method would be the dot matrix printer from the 1980s in which a print head ran horizontally back and forth slowly building up rows of ink dots into page text. The 3-D printer achieves this in three dimensions using a variety of materials including plastic, ceramic, metal, and glass. Unique to this technology is the ability to print articulated, moveable joints, like the foldable ribs of an umbrella, with no need for assembly.


The overall process begins by creating a virtual object on the computer as a digital model. Specialized computer-aided design (CAD) software is utilized to determine the shape and appearance.  A 3-D scanner—a device that optically records the information from an existing object—may also be employed, in which case the data is sent to the computer and used to construct the digital model. This object data, saved as an electronic file, is mathematically sliced and sent to the 3-D printer as a succession of layers that correspond to virtual cross-sections in the digital model, providing a path for the printer to follow. From the bottom to top the cross-sections are printed by the machine, layer by layer, controlled by computer-aided manufacturing (CAM) software. The layers, which may be as thin as 16 microns, adhere together and the object is fully realized. In general the size of an object is limited by the dimensions of the “build chamber”—the space within the 3D printer that contains the material and where this additive process occurs. The larger the build chamber the more expensive the machine. There are six basic methods of 3D printing:

, commercially introduced in 1986, traces an ultraviolet laser beam onto the surface of a build chamber filled with liquid resin. The pattern of the laser beam, which hardens the photoreactive resin, corresponds to a single cross-section of the digital model. After the first layer is cured the chamber bed moves down, a fresh layer of liquid resin is drawn across the surface, and the next cross-section is traced, which hardens onto the previous layer, and so on. After the solid object is complete the chamber bed rises out of the resin bath.

, was developed in the mid-1980s and commercialized in 1992. This technology uses a laser beam to liquefy and harden together layers of powdered plastic, metal, ceramic, or glass. After the first layer is cured the powder bed moves down, a new layer of powder applied across the surface, and the next cross-section traced and fused onto the previous layer. When the object is complete it is excavated from the powder bed, with the unused material blown off by air pressure and recycled for later use.

, developed in 1988 and commercialized in 1990, is an extrusion process that utilizes a coil of plastic filament or metal wire fed into an extrusion nozzle that heats and liquefies the material. The CAM software directs the nozzle to deposit the first layer of liquefied plastic in the cross-section pattern determined by the CAD software. This quickly cools and the next layer is deposited directly on top, fuses, and hardens. This is the technology currently employed by the desktop printers targeted to the general consumer.


Other 3D printing technologies include

, which adheres layers of laser-cut paper; and

How Will 3-D Printing Impact the Future of Design?