These bright and modern beach houses are the perfect spot to enjoy a long holiday weekend. We wish we were at any one of them right now—don’t you? 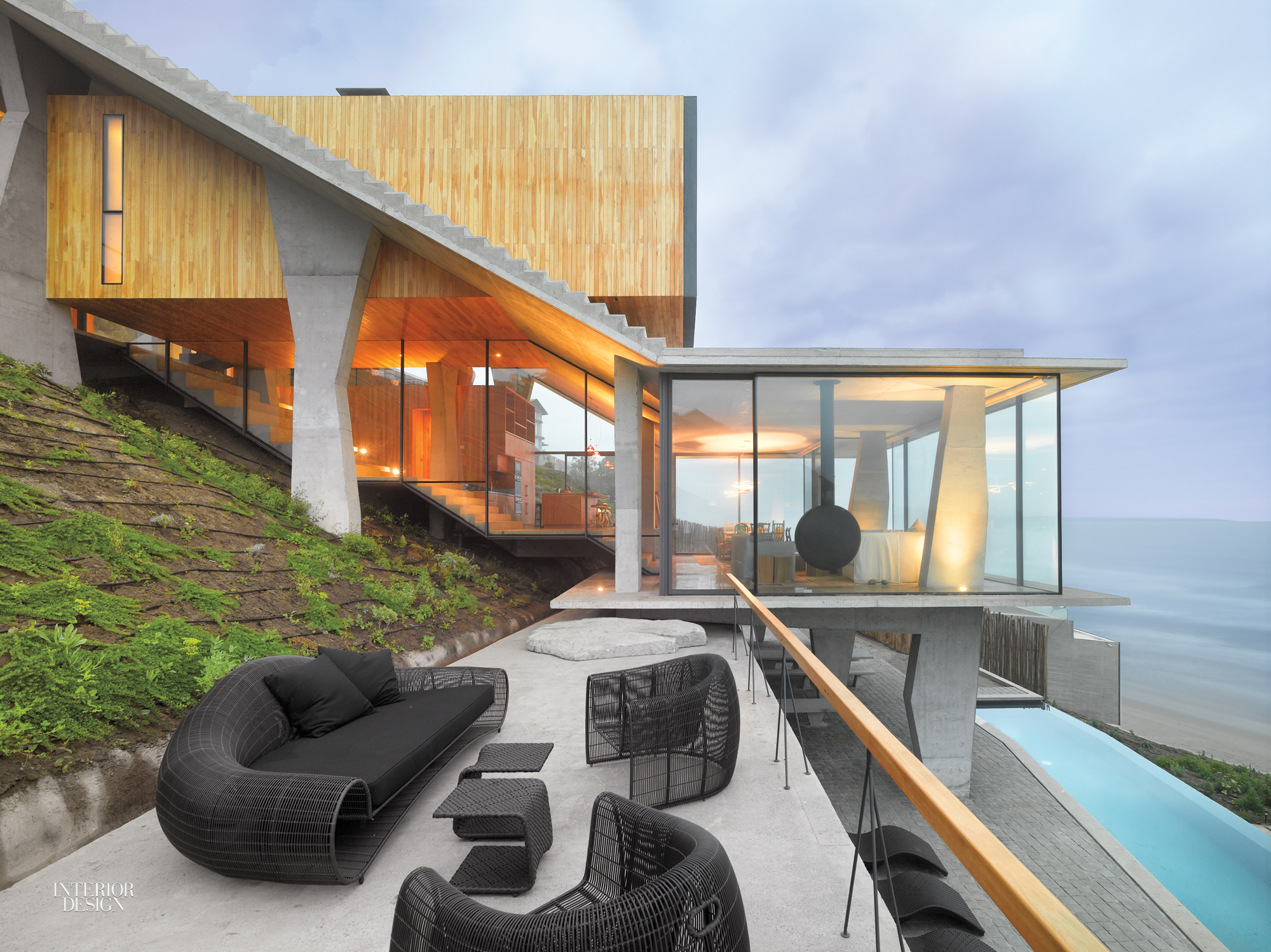 Building a house with Max Núñez is like climbing a peak in the Andes with a seasoned guide. The summit looms and the rocky terrain feels treacherous to the novice, but the leader inspires enough confidence that hikers suddenly take real risks, no longer worried about a fall. That was certainly the case for the owners of a property in Cachagua, Chile, a remarkable but precarious Pacific bluff with a 25-degree pitch. Like an expedition leader, Núñez encouraged his clients to go bold and tackle the topography head-on. Read more about the project

Mode Interior Designs founder Sharon Bonnemazou and her husband had purchased a secluded waterfront lot in Water Mill, New York, even though the house there was a teardown. The sketch she handed to CCS Architecture‘s Cass Calder Smith showed a house she describes as “rustic, low-key, quietly luxurious.” That vision was partially informed by the modernist residences she had encountered in Southern California. The resulting collaboration is a look Bonnemazou has nicknamed, “Tomboy Chic.” Read more about the project 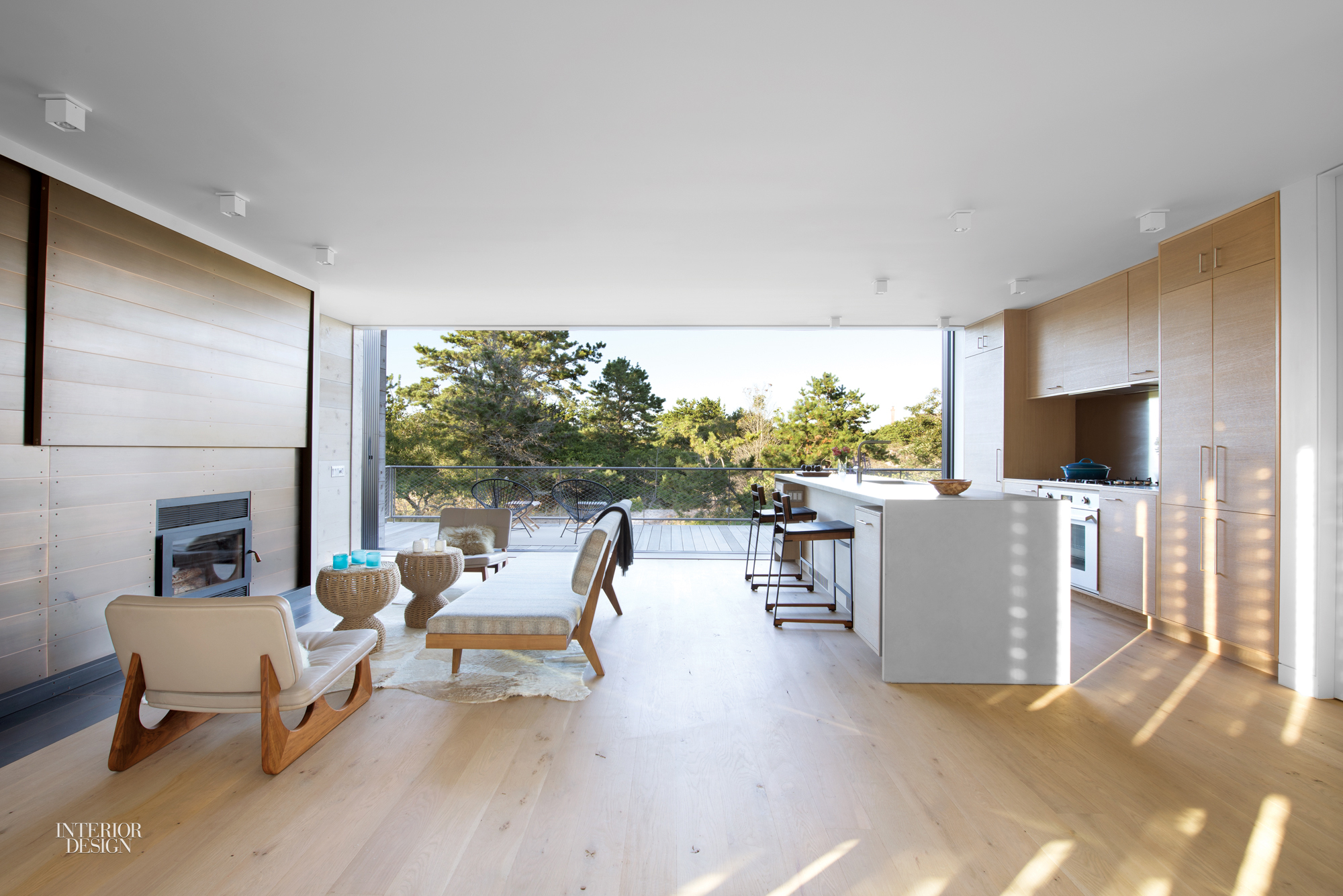 A New York City city couple purchased a 1950s cottage on a mere 1/7 acre in Amagansett, New York with neighbors on one side and a 16-acre preserve’s huge sand dune, billowy beach grass, and windblown coastal pines on the other. The couple and their young son had spent a few summers in the cottage before hiring Bates +Masi Architects to build a new house there. Although zoning would allow only 1,700 square feet, the Interior Design Hall of Fame members made the effort worthwhile. Read more about the project

4. Kingdom of Light: A Modern Beach House in Scotland 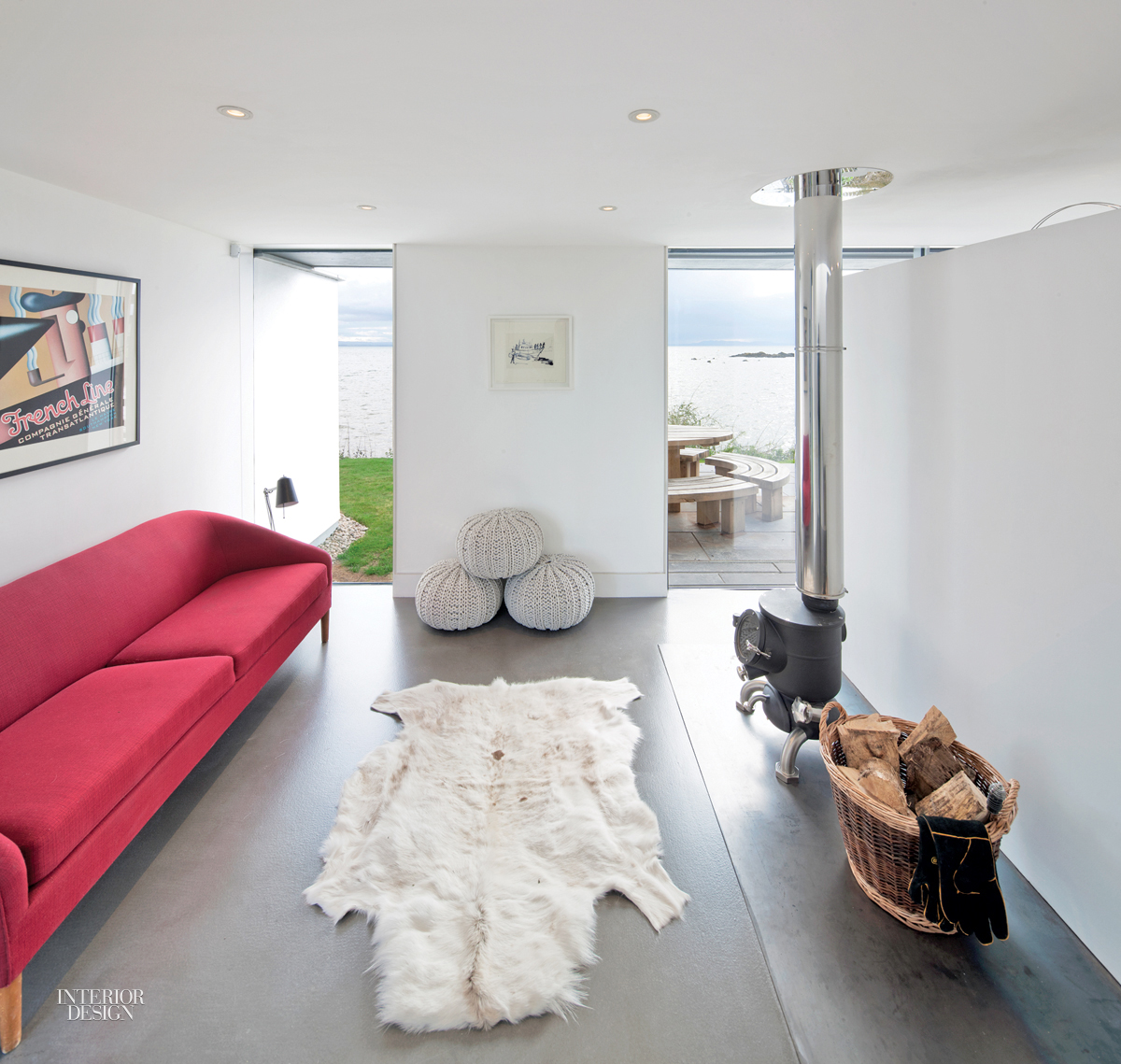 Replacing a clunky 1970s bungalow in Elie—a harbor town in a part of Scotland traditionally known as the Kingdom of Fife—the 3,000-square-foot house’s straightforward form was designed to pay tribute to “the big, pale, southern sky,” WT Architecture principal William Tunnell says. In the main wing, the downstairs centers on an open living-dining area with a window wall that frames views of the Firth of Forth, a lighthouse, and Edinburgh on the opposite coast. “As the tide flows in and out, colors reflect off the golden beach and the water,” Tunnell says. To capture those reflections, he rendered everything inside “as clean and simple as possible,” he says. Read more about the project

Simplicity itself. Practically monastic. This house by Interior Design Hall of Fame members Steven Harris and Lucien Rees Roberts is a 4,500-square-foot board-formed concrete box set on top of two piers. One pier is faceted, tapering to its smallest possible footprint. The other, partially embedded in the natural fall of a sand dune, is large enough to contain the garage. To ascend from the ground-level breezeway, the owners walk up a delicate staircase suspended on steel cables. Read more about the project 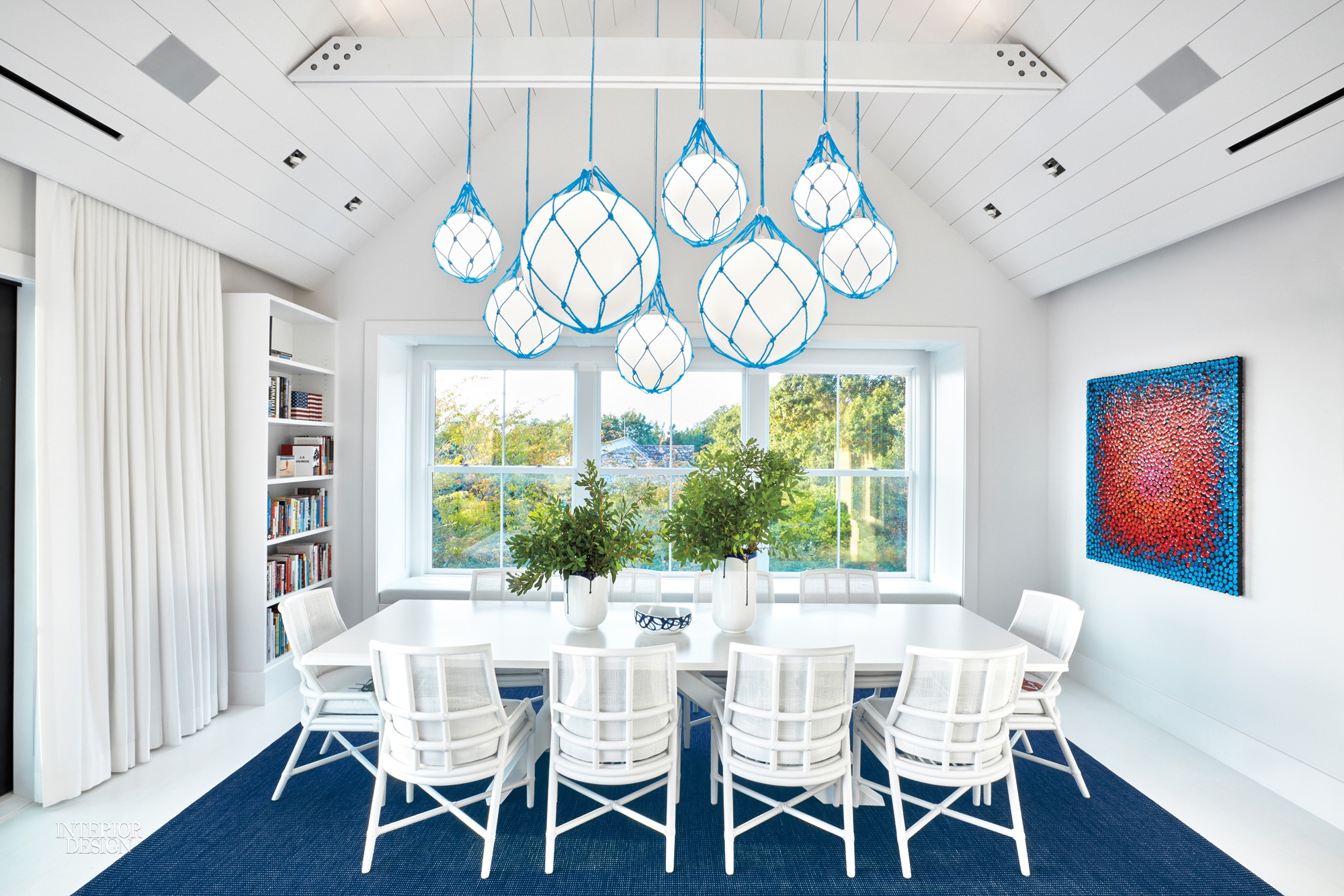 Ghislaine Viñas would like to set the record straight. “People always say to me, ‘Oh, you love color,’” the Dutch-born designer explains in a cadence that betrays her South African upbringing. “But the truth is, I can only use color against white; it’s white that enables me to play.” Bright-on-white is certainly the thesis of a 10-bedroom summer home Ghislaine Viñas Interior Design completed in Montauk, the tony surf mecca on the tip of New York’s Long Island. Read more about the project 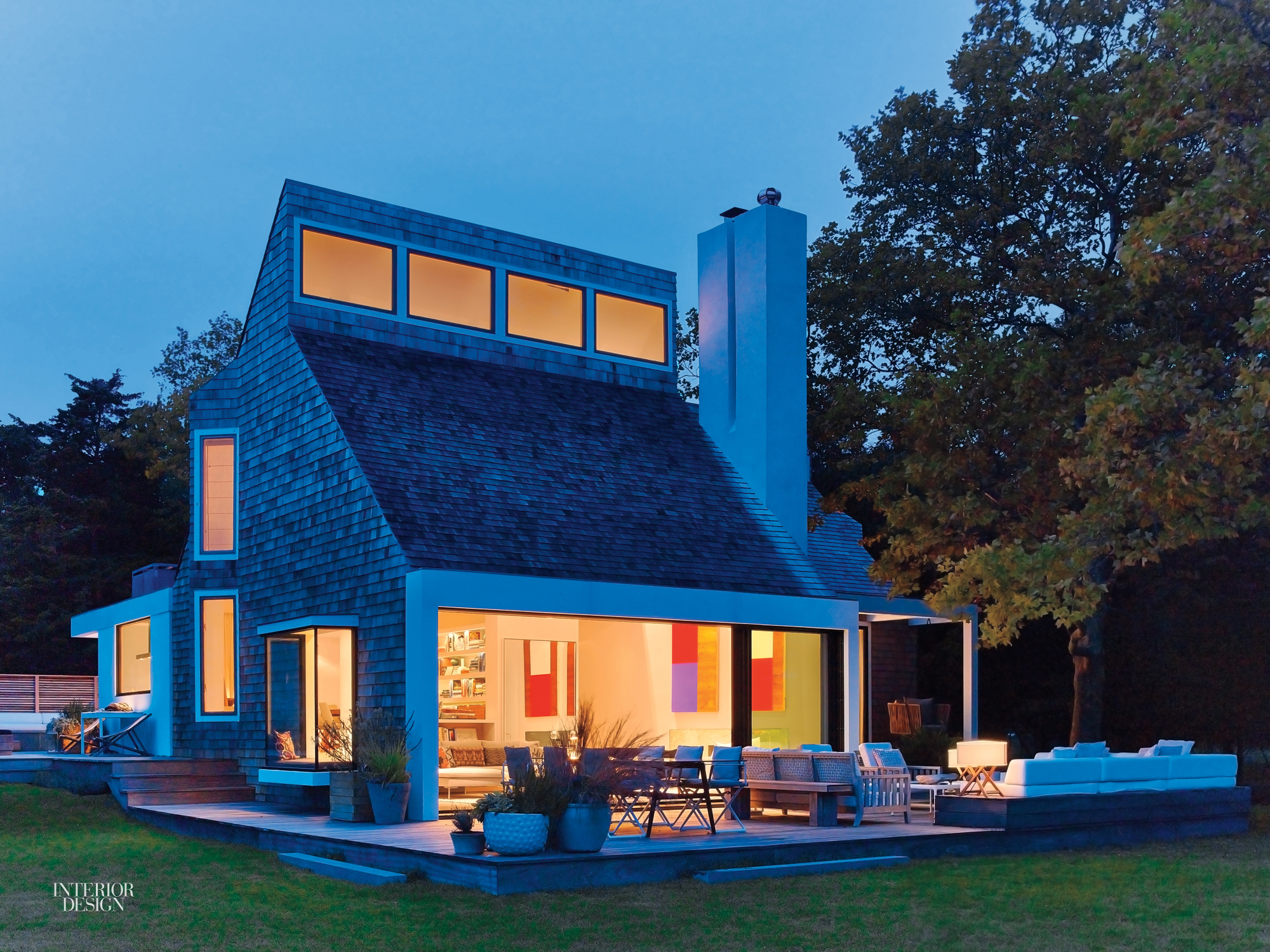 At 1,930 square feet, it was quaint, especially by East Hamptons standards. But the designer, a principal of Meyer Davis Studio, recognized the angular two-story structure’s modernist pedigree. This was the real deal, not one of the area’s ubiquitous knockoffs, built by Hugh Newell Jacobsen in 1971 for an artist couple. Meyer decided to rescue the three-bedroom home from the fate that befell many such period gems. “The very few authentic modernist beach houses in the area are often torn down and replaced by some big Dutch Colonial,” the designer laments. Read more about the project

8. Bauhaus-Style Cape Cod House Gets A Guesthouse by Hariri & Hariri 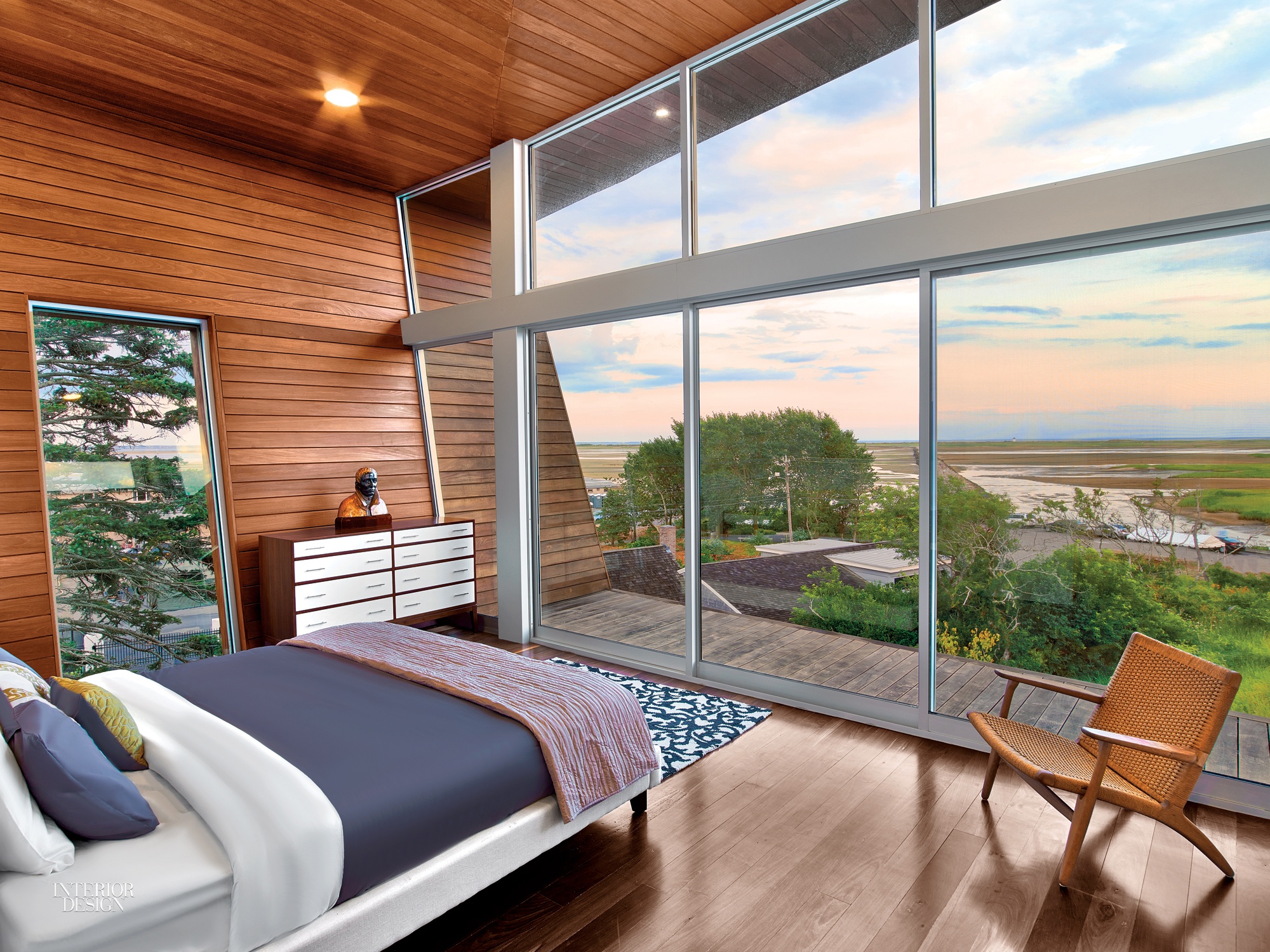 Geographically exquisite Provincetown, Massachusetts, is a thin strip of low-rise buildings at the curved tip of Cape Cod. Few houses are more than two blocks from the harbor. At the far end of town, on a dune facing a salt marsh and a mile-long stone breakwater, stands a masterwork of 20th-century architecture—and its young cousin by Interior Design Hall of Fame members Gisue and Mojgan Hariri. Read more about the project 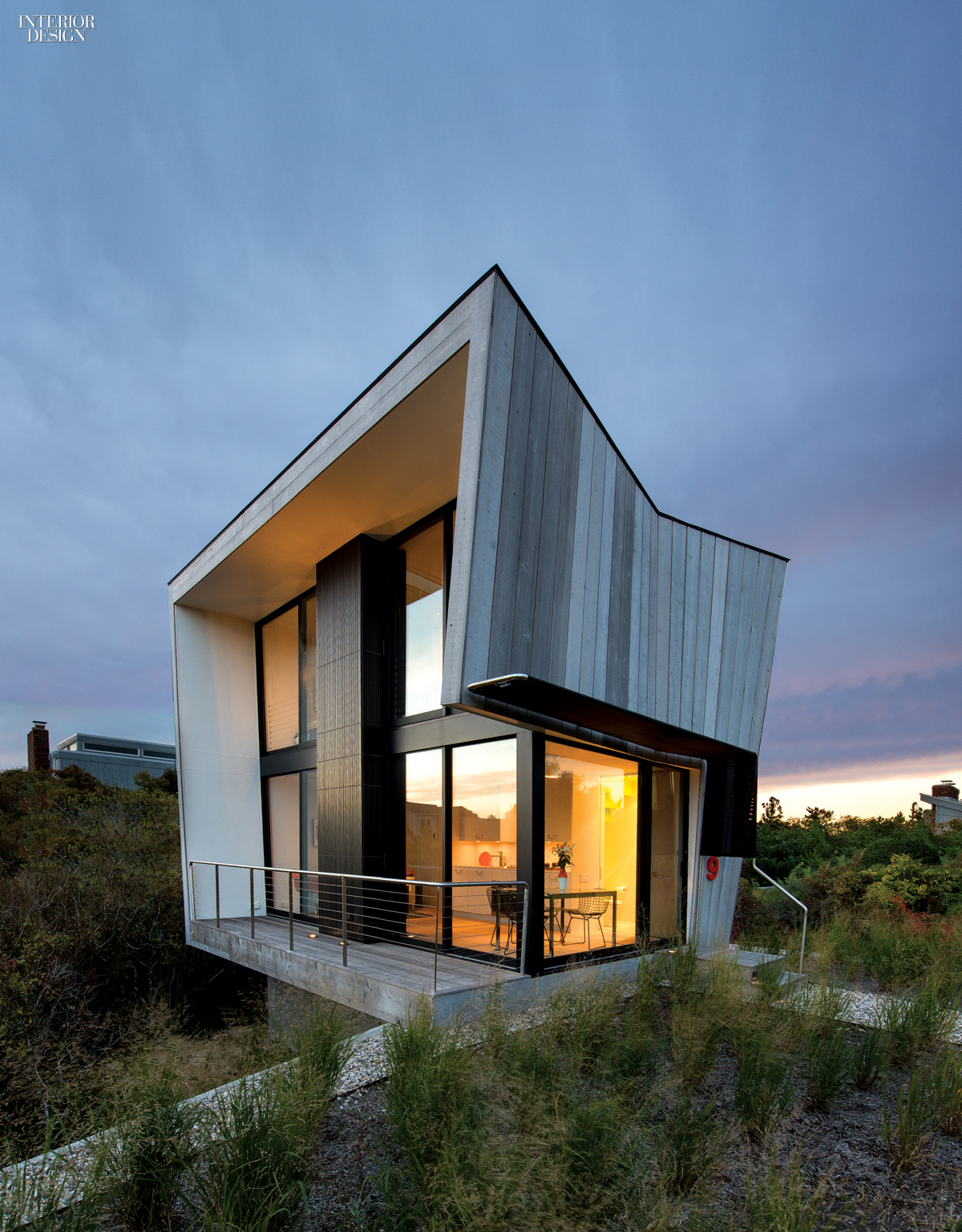 Building in the Hamptons has required and to brave a variety of quagmires. But a 600-square-foot beach cabin in Amagansett, New York, deserves special mention for difficulty in inverse proportion to size. That’s because the ¼-acre lot, an investment property left vacant for decades, was ultimately declared to be in a protected wetland, and the owners had to undertake extensive negotiations to make even the smallest building possible. Ultimately, a legal judgment allowed Bates + Masi Architects  to construct on a footprint of 15 by 20 feet. Even more challenging, the structure had to be more than 6 feet above-grade but not more than 25 feet tall. Read more about the project 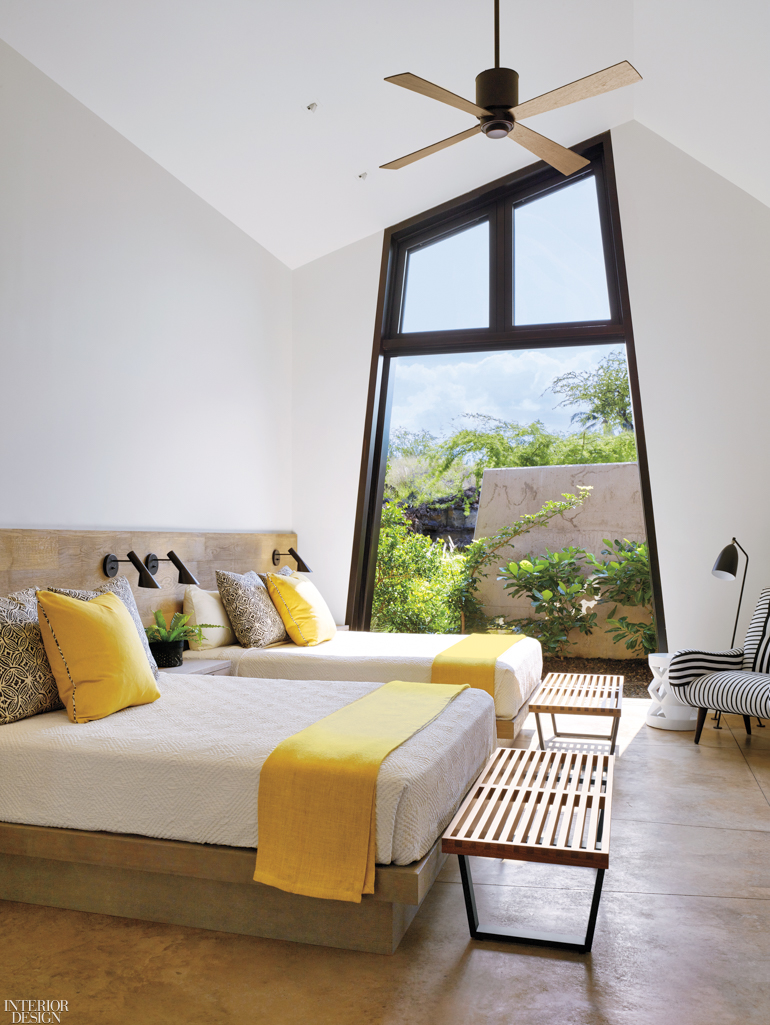 Given a truly spectacular oceanfront site on Hawaii’s Big Island—set along an ancient footpath, atop a hardened lava flow, with views of sky, sun, and water for days—you would think that the design teams of Walker Warner Architects and Philpotts Interiors could just lay back and chill. How could you screw it up? A hut would nearly suffice. Turns out it took nearly three years to perfect a Kona Coast vacation home on just such a plot for a couple based in Portland, Oregon. The clients’ wait was rewarded with spectacular results. Read more about the project

See more: 15 Incredible Pools from Around the World