Maxime Dautresme has lived in Rio de Janeiro, Seoul, Monaco, Paris, and Miami, but for the last decade, he’s called Hong Kong home. He honed his design sensibility at Atelier Christian de Portzamparc and his branding chops at agencies including TBWA, Ogilvy & Mather, and DDB. So when it came time, in 2010, to open A Work of Substance with fellow founding partner Florian Michaux, he combined his global outlook and eye for business to, as the firm’s mission statement imparts, “use design as a tool to rejuvenate culture and local neighborhoods.”

Such has yielded a few dozen endeavors around the world, including a notable series of hospitality projects in Hong Kong, a metropolis under constant transformation. “There’s a delicate balance between how a culture flourishes and revitalizes authentically and a neighborhood becoming just like every other,” Dautresme says. “Art and design are forms of self-expressions, like graffiti, that gain attention and momentum, ultimately driving traffic to a neighborhood.”

And while the firm handles branding and design for most ventures, it’s recently also branched out into product design, allowing guests who admire a pendant in a stylish bar the chance to cast their own home in a new light. 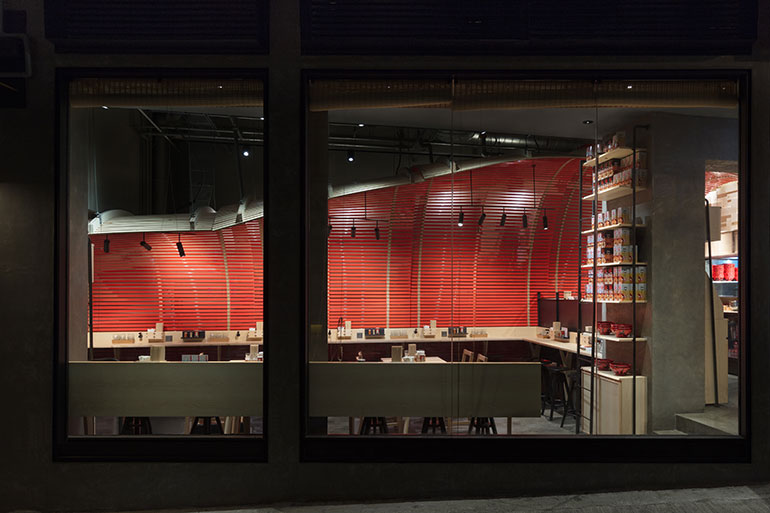 For the Hong Kong flagship of this famed ramen shop, the team paid tribute to the powerhouse behind its beloved broth: shrimp. The interior of this commercial district foodie destination is defined by a sculptural canopy constructed of Japanese pine strips that extends from street to kitchen to form a shell. Then, in a nod to the Japanese tradition of urushi, the strips are lacquered in a crustacean’s brilliant red and bound together with rope. Tabletops, storage, and accessories match the simple utilitarian bamboo of the sticks diners use to savor the noodles, while elegant black stools coordinate with the track spotlighting. 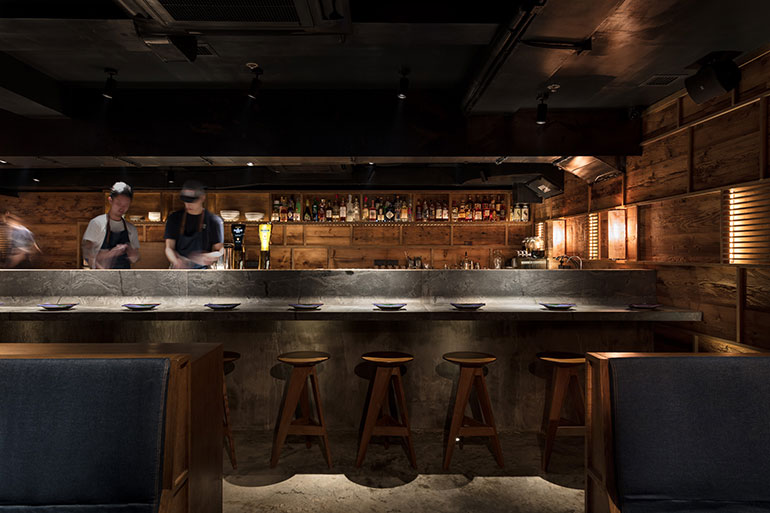 An izakaya secreted in Hong Kong’s Soho nightlife district, this 1,500-square-foot casual pub-style restaurant announces itself with a simple logo on a wooden screen door within the raw steel facade: a white owl, in Japanese symbolism a messenger of the night, which lends the place its name. Inside, raw concrete walls mix with snug wood paneling, illuminated by simple spotlights. Guests peruse the extensive cocktail list while settling into denim-covered banquettes, or pull up an elegant stool to the built-in side tables. Looking for a better view? Choose a stool at the arched concrete counter which runs along three sides of the open kitchen. 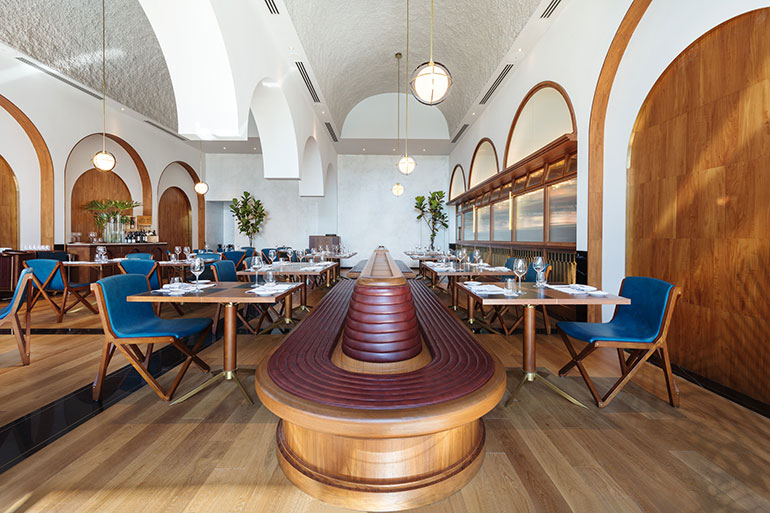 Located on the Tower Wing’s lobby level of the historic Shangri-La Hotel in Singapore, this bar and grill is a trip all its own: guests’ movements from the silk curtain–wrapped bar to the main or private dining rooms mimic stages of a voyage by train, from ticket counter to carriage. The 5,000-square-foot space includes original arches literally mirrored on the walls; seating includes banquettes in teal and burgundy leather and wicker sofas, with chequerboard tables echoing the custom parquet floors. Brass and glass sconces travel across columns, or hang like beacons in hallways to kinetic sculptures that have their own paths to travel.

> View the slideshow for more images of each project