Caesarstone Pops-Up in a City Near You 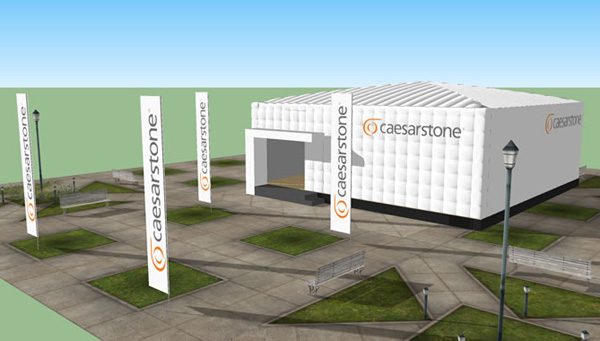 A rendering of Caesarstone’s pop-up initiative.


From fashion launches to brand-awareness initiatives, pop-ups have been the hottest trend popping up in major city hubs all over the country. Entering the pop-up arena next month is

who will be taking to the streets of Manhattan’s South Street Seaport. From April 4 to 5, the surfacing manufacturer will introduce their “

,” a dome-shaped display showcasing the 17 new hues the brand debuted this March. Following its unveiling in New York, the pop-up will be going on the road, making its way across the U.S. For updates on location, hours, and special events, visit Caesarstone’s