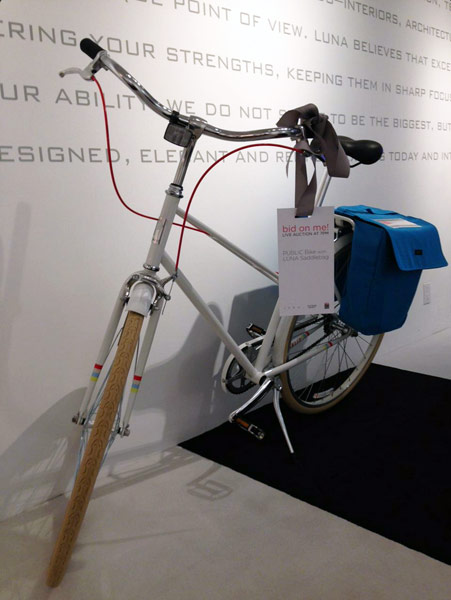 A PUBLIC bike with a custom LUNA saddlebag went for $1,000.

editor in chief Cindy Allen and Michael Vanderbyl of

for an auction of custom, limited-edition objects by

. Proceeds from the $2,800 raised in sales will benefit


The event took place during What’s New What’s Next at 200 Lex in New York, inside the LUNA showroom (suite 1410).

took place from 6:15-8:15 PM, while a live auction of a PUBLIC bike with a custom LUNA saddlebag brought in $1,000 on its own, won by West Chin of West Chin Architects. Over 120 bids were placed throughout the evening.


Below, clockwise from top from left: Michael Vanderby of Vanderbyl Design with 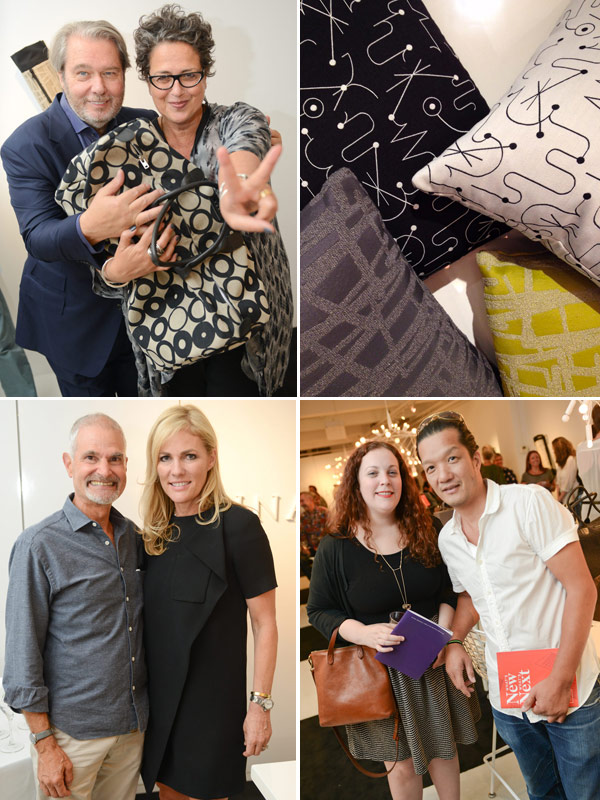