. It’s no wonder, then, that her new collection of mirrors, part of the Holotech Crystals series, is all about light. Each of the five mirrors in the collection features


a holographic effect. “We have imagined a mirror with very shallow light as a delicate element which adds to the sense of weightlessness, and which creates a strong visual identity that can merge perfectly with other decorative aspects of the place, whether it is a spa or a bathroom,” says Felices. 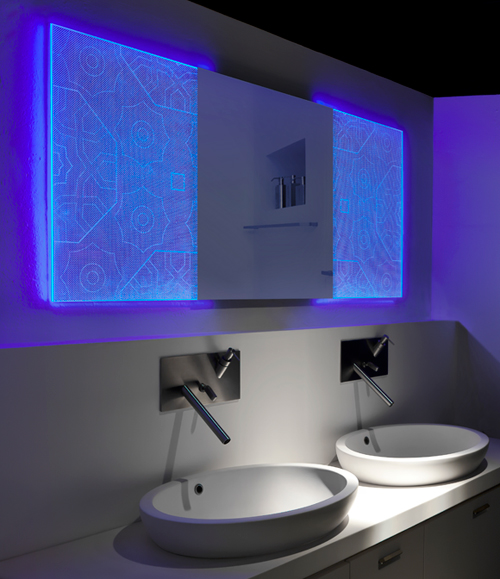 
Inspired by Ottoman culture, specifically Turkish baths, the elaborate geometrical patterns are built up by sequences of microdotting with different formats to give the sensation of depth and relief associated with holograms. When the microdots are turned on, the peripheral ambient lighting creates a distinctive environment. The pattern is also visible when the light is turned off.

“The method produces a very interesting effect in which the light transmits different sensations to the observer depending on the point of view,” says the designer.  Viewed from a distance, the patterns resemble lacework. “The three dimensional quality gradually emerges as one approaches closer and closer,” says Felices, “and the dotted pattern gives way to a sense of weightlessness.” The collection is currently available in white and blue color schemes. 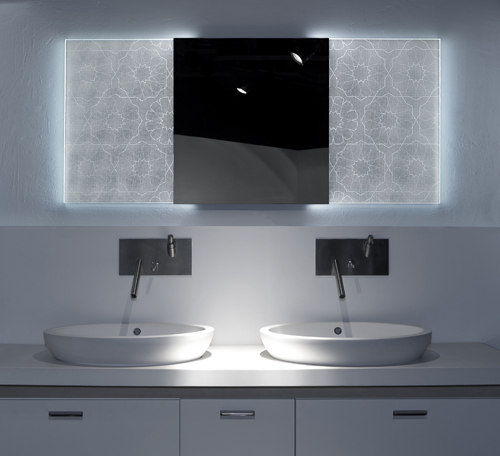