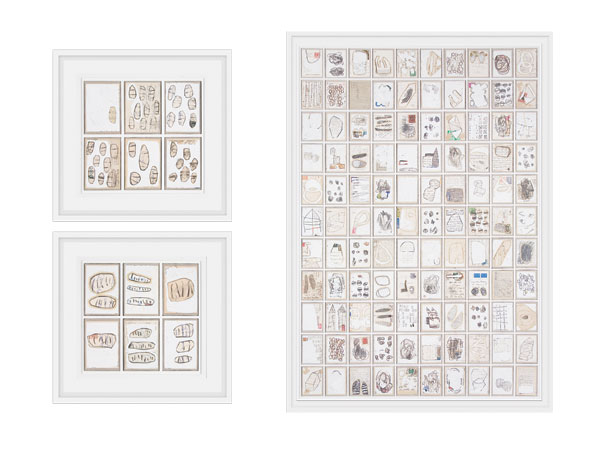 On Left: Untitled, On Right: Don’t Forget My Name

Although it’s usually best not to dwell on the past,

makes a career out of it. TheAustralian-born, New York–based artist assembles early 20th-century ephemera—tattered trading cards, forgotten mail—in mass multiples and then morphs them into large-scale gridded collages. After being introduced to Myers’s works by Todd Masters, co-owner of

and two untitled pieces, which are composed of early-1900’s postcards the artist scrawled with pencil and Wite-Out. “I immediately saw it could be translated well into my medium,” Carini recalls. The ensuing collaboration spawned three initial patterns.

Working in this new medium, Myers stays true to his source but modifies his signature geometric grid. It turns primitive and organic in Bloomfield, begins to disintegrate in Eisenhower, and is finally reduced to fragments in Henry Hart. Each Good-Weave–certified rug is 6 by 9 feet and hand-knotted in wool and silk using intricate Tibetan knots. 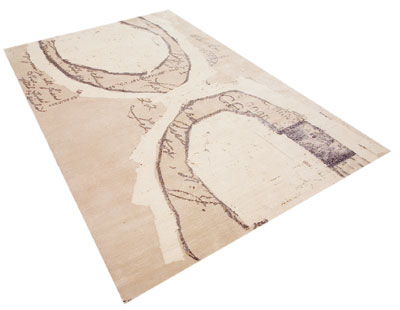 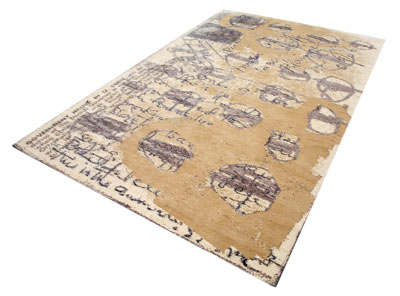