Almost everyone leaves home eventually. And that truism even applies to some advertising agencies. 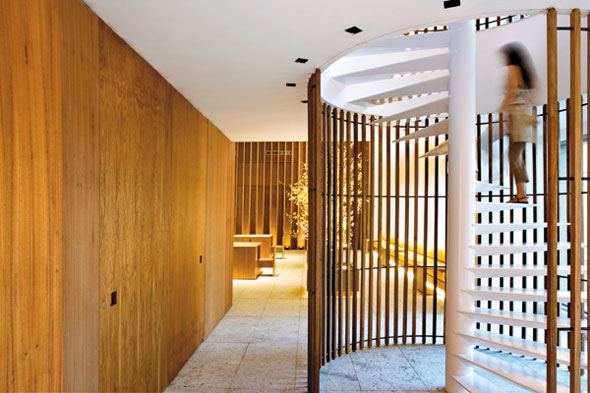 MPM started in a house in a residential area of São Paulo, then expanded to a second house before moving to a truly grown-up headquarters in the Brazilian city’s financial district. Sergio Assumpção Arquitetura built the six-story building, and Bernardes + Jacobsen Arquitetura handled the 27,500-square-foot interior. 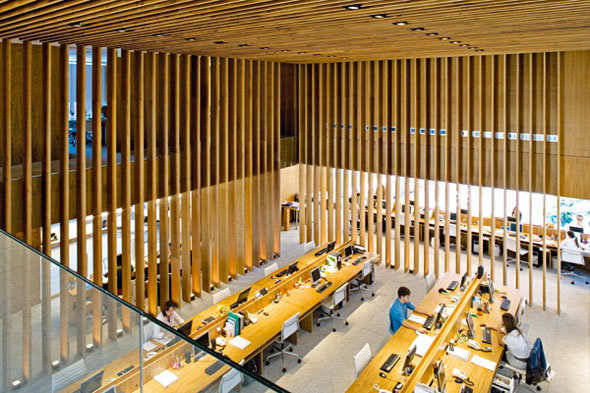 Rejecting the notion that today’s Mad Men require only ultra-white environments, Bernardes + Jacobsen relied on a local tropical hardwood, using it for everything from paneling and dividers to furniture and workstations. The look is simple and functional, and the scale is always generous. Glass plays a role, too, most notably in the corner where an atrium reads transparent during the day but glows with activity by dusk. Seen from the street, what could be a better advertisement? 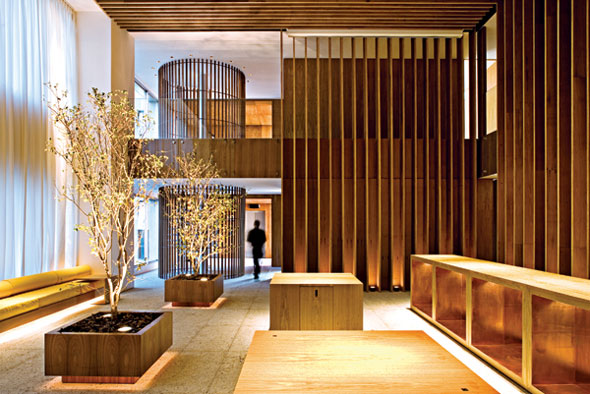