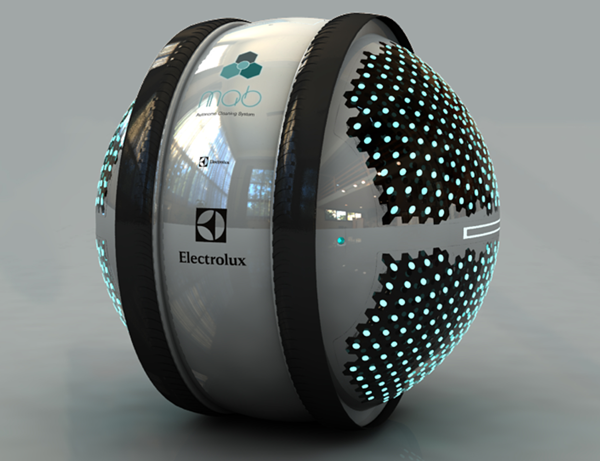 A flying mini-robot cleaning system has won the 2013

Contest. Colombia’s Adrian Perez Zapata designed the concept, called Mab, which scans rooms for areas in need of clean and automatically dispatches a fleet of hundreds of small robots to dispense drops of water.

, sorted through over 1,700 submissions on the theme of Inspired Urban Living. Zapata won a prize of 5,000 Euros and a six-month paid internship at an Electrolux global design center. 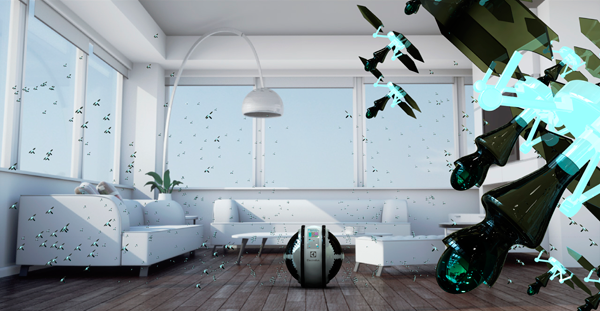 A rendering of the fleet of cleaning robots.


As Zapata explained in an announcement following his win, “[Mab] only requires a short initial configuration to function autonomously, so you could arrive home and see a swarm of mini-robots roaming around cleaning independently. This means you could sit back and relax, as you observe with great astonishment the little Mab ‘fairies’ working their magic autonomously.”


The flying robot system also won the People’s Choice Award, with over 40% of the almost five thousand votes on the Design Lab website. 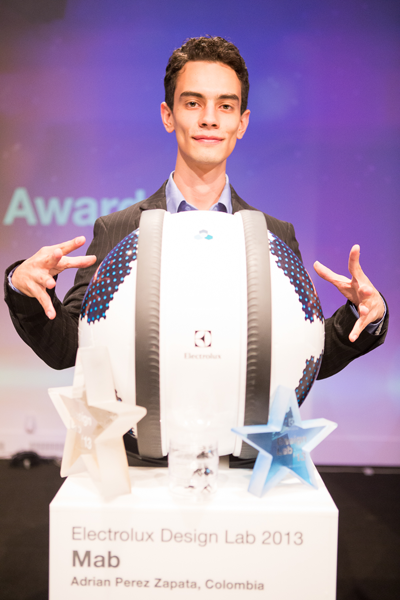 Zapata with his winning project.