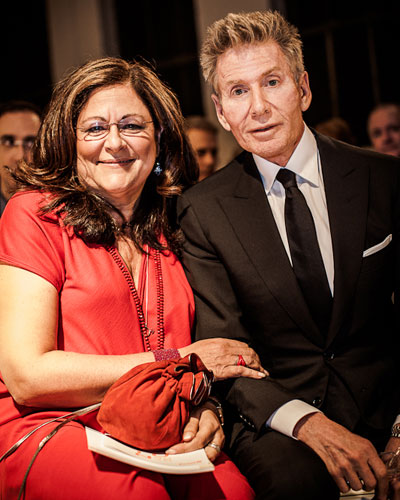 
The recent Pratt Institute Student Runway Show in New York featured more than just senior students’ fashions on stage. The event also allowed designer Calvin Klein to present Fern Mallis with Pratt’s Fashion Industry Lifetime Achievement Award. Mallis, who has been among the industry’s biggest cheerleaders, is widely credited with creating the successful New York Fashion Week. She  had been an ever-present influence during the bi-annual event before leaving in 2010 to start her own consulting company.


Many of the student designers whose fashions graced the runway at Center 548, where the show was held, hope to also make their mark one day at New York Fashion Week. Who better to kick off the school’s annual event than the woman who started it all.

to see some of the students’ edgier fashions.

Fern Mallis at the podium after accepting her award. Photo by Clint Spaulding/Patrick McMullan.