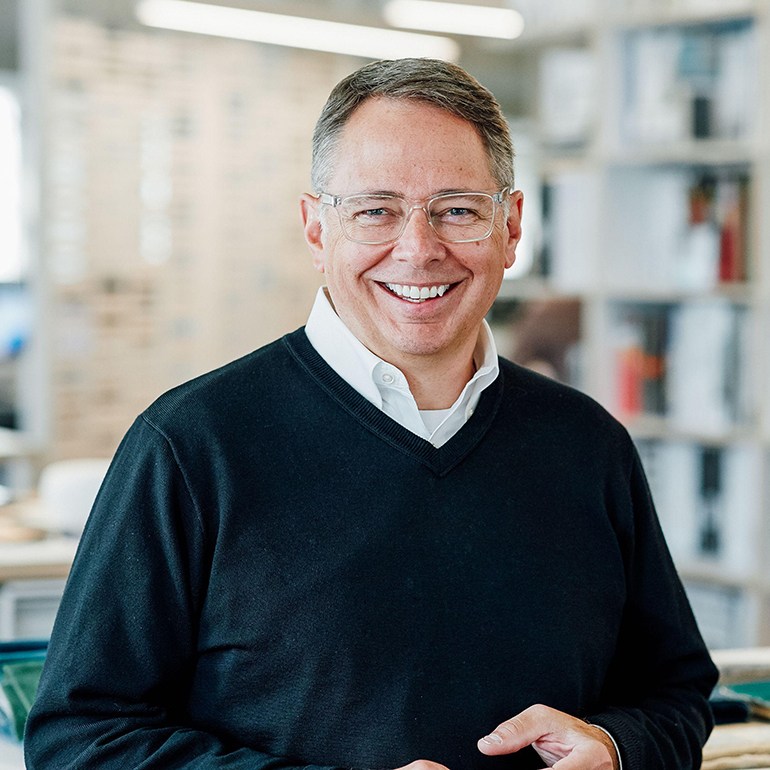 The 2020 HiP Award Winner for Workplace Leader, Joe Connell, certainly took a path less traveled to become a principal at Perkins and Will. Connell honed his business skills selling Christmas trees as his first job (earning 25 cents extra for every tree he sold). Always with his sights on design innovations, the same teenager from Rockford, Illinois, won a city-wide drafting contest and got his name in the paper for it. The next day, a local architect called him for an interview. Hired at age 15, Connell worked at the now-closed C. Edward Ware & Associates after school and during college breaks until his graduation, learning the ins and outs of his future career.

Now, as a principal in Perkins and Will’s Chicago office, Connell plays a significant role in designing innovative work spaces that put employee needs first. His clients include Interface, Herman Miller, Haworth, and Google. And while ongoing projects keep him busy, he also makes times for cycling, kayaking, and snowshoeing—focused hobbies that perhaps adds to his expertise in creating environments that encourage concentration.

Connell still practices drafting on paper and cites it as an important part of his design process. On paper, small details, such as the scale of a building and even the pen itself, can give a new perspective, he says. Connell finds inspiration in everything from artful graffiti, to Hitchcock’s mise-en-scène in Rear Window, to the musings of his three daughters. Beyond design, people can catch of glimpse of Connell’s mind at work via his lectures, writings, and panel discussions.