On the Move: April’s Top Promotions and Hires

Robin Elmslie Osler has joined the firm as interiors studio director at FXCollaborative. She will be responsible for the overall management of the interiors studio, including operations, staffing, business development, and the design and technical quality of all of the firm’s interiors projects. Her expertise spans workplace, retail, institutional, and residential as well as showrooms, galleries, and event venues. Additionally, seven team members at have been promoted to partner. They are Jack Robbins, Angie Lee, Ann Rolland, Gustavo Rodriguez, Brian Fanning, Stephan Dallendorfer, and Michael Syracuse. 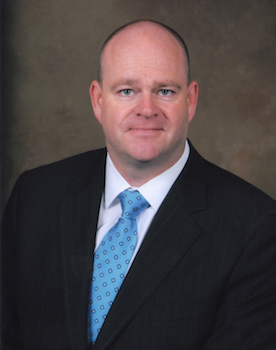 Andrew J. Kearton (pictured at left) has joined Surya as chief operating officer. He previously oversaw the North American distribution operations for Mohawk Industries. Kearton will be responsible for leading the operations, human resources, technology and customer care functions for the company and will report to company president Satya Tiwari. He has a 33-year record of management and leadership within the operations and floor covering industry.

Luxury vinyl flooring and surfaces company Parterre has promoted Chris Dormody to the sales team for the New England area. After previously working in the Wilmington, Massachusetts headquarters as inbound sales specialist, he will go on the road to grow the market in the area as New England sales representative.

HLW’s London team has added Helen Bentley as new design strategist. Bentley has a strong marketing background and a proven track record of success in the architecture and design industry. John Gering, managing partner at HLW, has been elevated to the American Institute of Architects’ College of Fellows. Additionally, they have made two new appointments in the new Stamford, CT office. They are Dara Ghavami as senior project lead and Irina Orasanu as technical lead. The Stamford workspace is the pilot location for HLW’s new satellite office initiative, StudioGo. 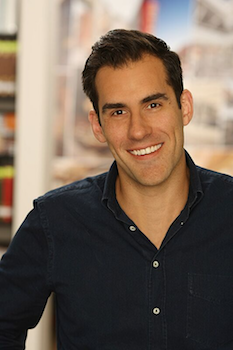 Ryan McNulty (pictured at right) has been promoted to principal at MBH Architects. McNulty joined the Alameda, California-based firm in 2010 and has played an integral role in creating MBH’s luxury retail studio. His work includes the Tiffany & Co. flagship renovation in San Francisco and Rubin Vineyards.

Scott Rigsby has been promoted to co-managing director of IA‘s Charlotte office. Scott has over 30 years of industry experience and has been involved with the development and growth of the Charlotte office in leadership roles.

Kathleen Lynch has joined the Wilson Associates Dallas studio as operations director. She brings over 15 years of professional experience as a LEED-accredited interior designer and field manager. In her new role, she will oversee teams on a wide roster of hospitality projects in Nevada, California, and other areas in the Southwest. 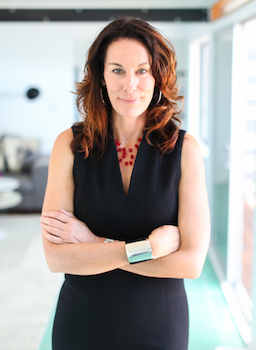 Tangram Studio, the custom furniture unit of Tangram, is to become an independent entity named “Studio Other.” Charlotte Wiederholt (pictured at left) will continue to lead Studio Other as president and creative director under its own brand identity. The studio was established in 1996 and counts Boston Consulting Group, Loyola Marymount University, and Ticketmaster among its clients.

Schmidt Hammer Lassen Architects, Perkins+Will’s Denmark Practice, has named Sanne Wall-Gremstrup managing director. Wall-Gemstrup is a business executive with more than 15 years of experience as a CEO, and was most recently CEO of the Danish Architectural Press. Previous to that, she spent seven years as the country manager and CEO for Denmark and Finland at global marketing services company McCann WorldGroup.

Christina Snell has joined the Dallas-based hospitality interiors firm Matchline Design Group team as a designer. Christina is a third-generation interior designer with vast experience in the hospitality sector.