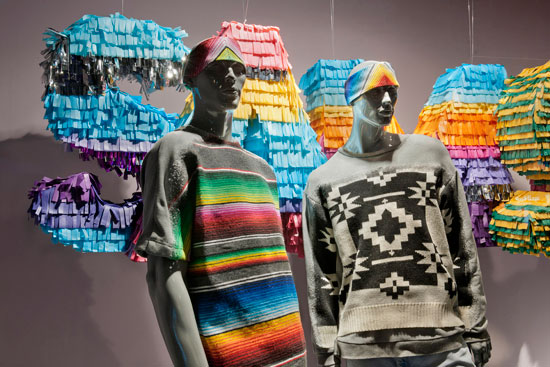 
From his London studio, Shaun Samson dreams of sunny climes. Riffing on the Latin and California inspiration for his latest collection, the menswear designer constructed six piñatas to create his logo as a backdrop for selections from his casual-wear line installed at

in London. “They were covered in hand-cut tissue paper in about 20 different colors,” says Samson, who recruited his friends to help. “It took about a month to make and cover them.” Being in a shop window, the traditionally candy-filled piñatas were technically empty. “But I like to think they were full of love for the amount of work my friends dedicated in making them.” That’s an idea—and friends—worthy of an extra special celebration.