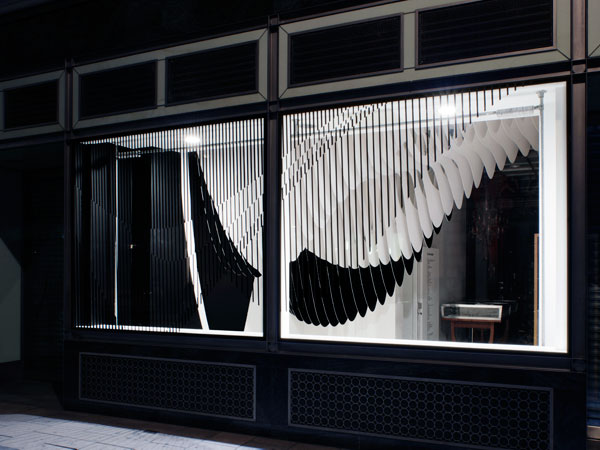 In celebration of this year’s Summer Olympics, London-based architect

in the form of a site-specific installation at the

. A must-see for Londoners and visitors alike, “AQUA” is a curvaceous sculpture hanging from the market’s ceiling, composed of a series of black and white panels cut into the voluptuous forms of rippling water. 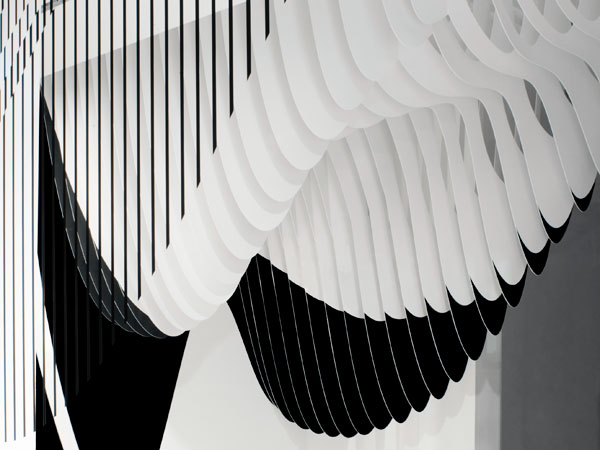 Explains Hadid of the inspiration behind the installation, “AQUA materializes as the accumulation of many layers of undulating waves flowing through each other, suspended as a hybrid between a 2-dimensional drawing and a 3-dimensional model that engages at multiple scales and perspectives.” If you’re lucky enough to be in London during the Olympics, you can drop by Dover Street to experience AQUA for yourself—the installation runs now through the first week in September. 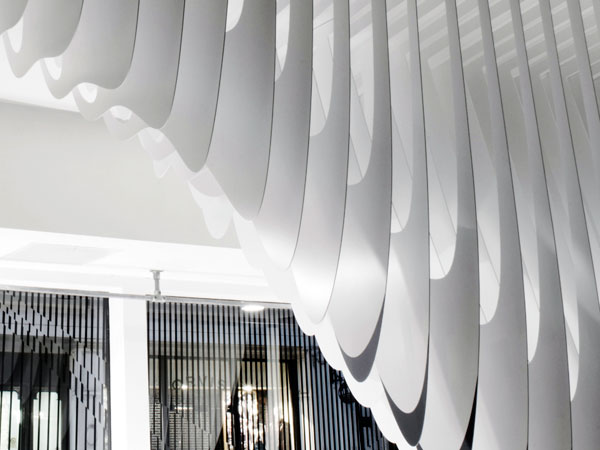